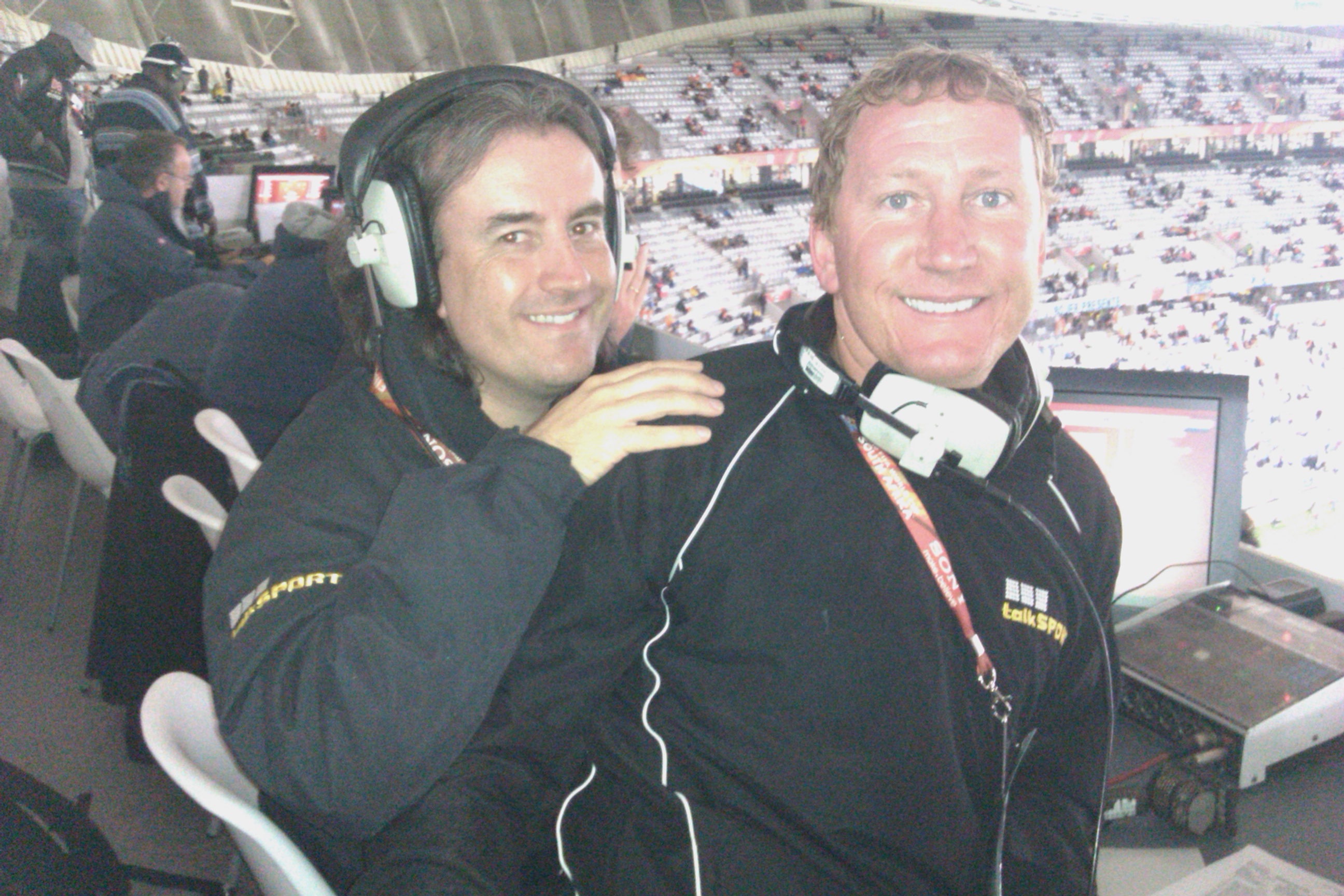 And so Holland make the final for the first time since 78 - the last time the tournament was held in the Southern Hemisphere. It was orange everywhere as Ray & I walked the 2km from our drop off point to the impressive stadium.

Having wandered past a whole raft of different bands playing terrific beats and syncopated rhythms, I now know just how average a drummer I am. There was even a combo of middle-aged housewives at one point pounding out a fantastic African beat that just flowed so beautifully. I could try and incorporate some of what I heard into my drum solo with Dressed To Kill, but a) I'd cock it up and b) I'd get clog from fans saying Peter Criss never played that sort of stuff etc etc blah blah

Met Ray Houghton for the 1st time this World Cup in the media centre - it's funny how you know your colleagues and work buddies are out here, but that the chances of you actually meeting up are slimmer than Kate Moss. Ray's out here working for Irish TV and has evidently had the time of his life...playing golf on his days off. To be fair he has enjoyed the football too (he's normally a right miserable bugger about Premier League matches we watch during Football First on talkSPORT) but I think like all of us, he can see the finish line ahead and is already thinking of home.

And so am I, especially as I'm now coming home a little earlier than expected! I knew that tonight's semi-final was my last commentary game of the tournament but I wasn't due to fly back until the day after the final next Monday, but I'm needed for breakfast show duties next week, which means my last work out here will be the Thursday evening Kick Off show 7-10pm, and then it'll be time to pack up my stuff. It will mean I miss seeing the World Cup final live, but I've been lucky enough to be part of something for a whole month that fans, fellow journos and mates would give their right arm to do, and so when you're time is up, you gracefully move on and say thank you for the opportunity.

And what an opportunity it's been - 4 years ago I resolved to be a major part of South Africa 2010, after playing a minor role in Germany and that has come to pass here - I've watched so many great players live and commentated on them for millions of listeners back in the UK from the other side of the world in the most extraordinary and breathtaking setting (by the way I'm off up Table Mountain tomorrow - can't wait for that!!) and to have that on your broadcasting CV is not to be sniffed at.

I shall have a ponder over the next day or so and give out my own 2010 World Cup Awards on my next blog before I head home - time for a game of tennis on the 'Wembley' surface, time maybe to bait the Moose over something or other, time to try and win an argument with Adrian Durham (easy) and plenty of time to eat more delicious food - I was meant to come back lighter too...never mind.