The Loneliness Of The Short Distance Reporter No.8 - June 25th 2016 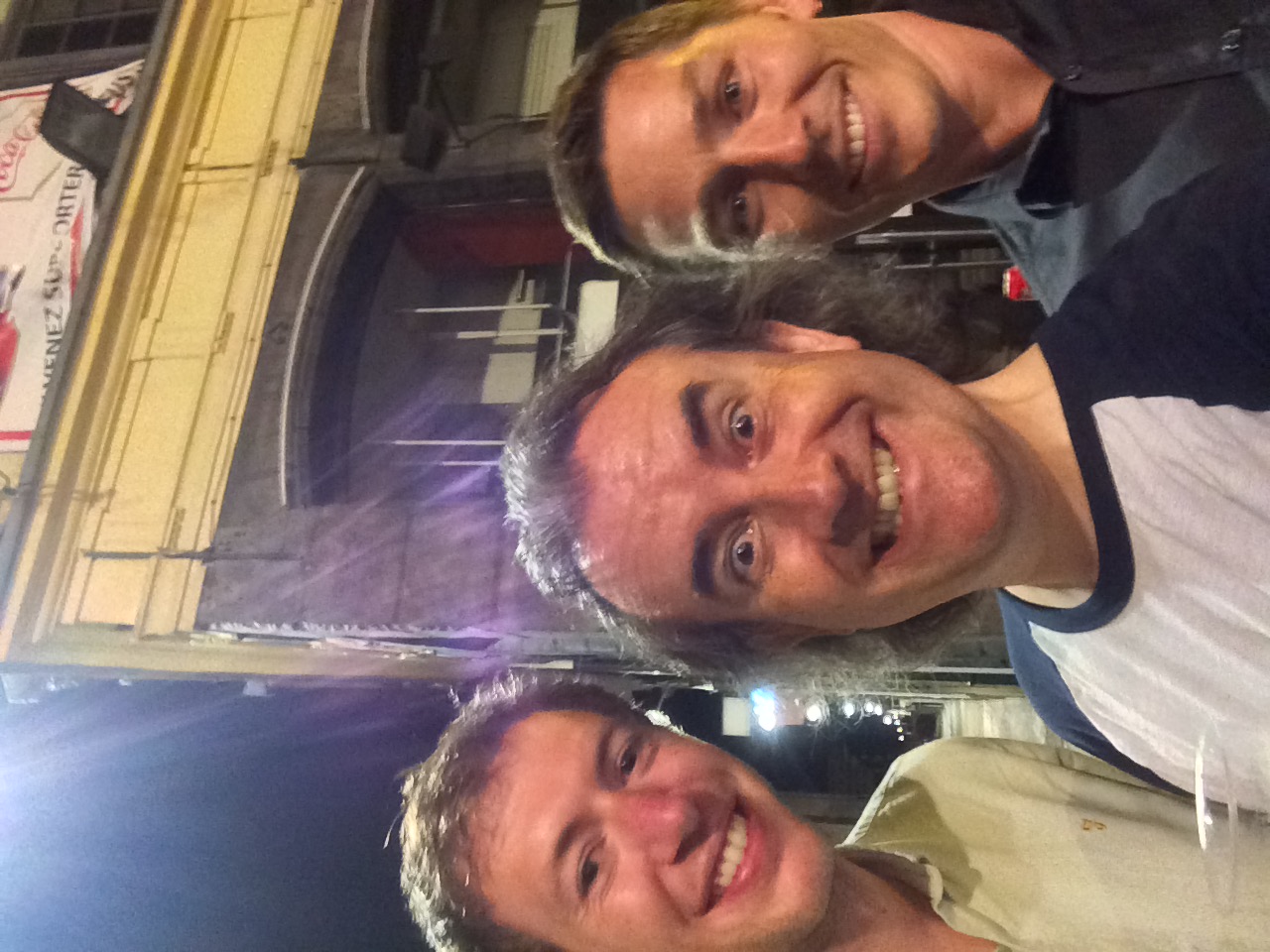 Myself, Matt Holland and our producer and 1D wannabe Scott were enjoying the post match euphoria that was all around Lille centre at around 1am Thursday morning when a dustbin lorry inched its way into the main square next to our vantage point.

Before the guys in the cab could get out to attend to the pile of black bin liners near them, the Irish fans rushed the back of the wagon and began chucking them in themselves, starting up the chant, "Clean up - for the boys in green!!" At first the bin men thought they were under some kind of attack, but quickly realised these fans' true nature and were soon joining in with the singing!!

It was not just another triumph on the pitch for Republic of Ireland that night in Lille, but little vignettes like the dustbin men thing also displays a triumph for yet another set of fans who've shown the way to behave and to be appreciated by the hosts.

The violence gets reported, and rightly so because it's disgusting-but the good stuff from fans of the Republic of Ireland, Wales, Northern Ireland, Iceland and England too (there was a cleanup operation by some England fans in Marseille the morning after trouble, which was barely reported) more than offset the bad stuff in my opinion.

You've no doubt have seen countless vines and videos showing Irish fans having fun without crossing the line. Based on what I saw last night, these are not merely isolated incidents but rather just scratching the surface of the cheery bonhomie that the Irish possess in such huge amounts.

And why shouldn't they be happy? They witnessed only their second ever competitive win over Italy after the 8247th late goal at these championships sent Ireland through to face France at the weekend.

Matt Holland couldn't help himself but scream with joy as Robbie Brady headed home from Wes Hoolahan's perfect centre. He apologised afterwards to me, but there was no need for such an apology. It was a natural outpouring of joy at something both he and the masses ranks of the Green Army had waited to see for such a long time.

To be fair, Matt was quite the star attraction in that Lille main square. As with Danny Gabbidon, Matt doesn't covet the limelight now that he's retired from playing, but will always stop for a photo or sign something for the fans that still remember his goal against Cameroon in the World Cup. He must've stopped for 100 selfies that night. That said, Matt did recoil in horror at one or two fans who said they'd skipped primary school that day to watch him score!! That's going to make anybody feel old, even somebody as youthful looking as Matt.

Speaking of Danny, he's not HP that I'm not on comms duty with him for Wales v Northern Ireland later today, seeing as I've seen them win 2/2 alongside him. He even tweeted talkSPORT demanding my presence in Paris, but my schedule instead takes me to Lyon first for the Republic game on Sunday - Paris will have to wait until Monday and Spain v Italy as it goes. And in any case, Keith Gillespe could argue I've seen Norn Iron win 1/1 too, so someone would blame me for going out!

So much of France is pure James Bond. The Lille Metro system has underground trams that allow you to see out of the front and the back - so that when you can see where you've come from and where you're headed, it reminds me of being sped through Dr No's underground lair to his nuclear nerve centre. Or something.

And Lyon train station by the airport has huge hulking departure platforms to the Alps & Paris that look like the sort of places where Bond would take a ski lift from, only for Jaws to leap out from nowhere and...well, you know...

It was nice to return to Blighty for 36 hours to see my girlfriend, pay my tax bill and watch friendships on social media tested to their very limits (and far beyond them all too often) by the referendum vote...so the first bit was really nice anyway.

My view on EU? Who knows? In my opinion, BOTH sides in the debate handled things throughout with the sort of crass point-scoring and misinformation that completely muddied the waters for voters. No one emerged smelling of roses from this spectacularly mishandled nonsense from the two camps. Truth is, we were all guessing at what's best - you, me, Gove, Cameron, Galloway, Corbyn, Carney, print media, broadcast media, the lot. And don't tell me your politics degree or City & Guilds in Adam Smith's left hand affords you every scrap of necessary insight. We. Are. All. Guessing. As. To. What's. Best. Educated guesses in some instances, but not many.

An easier question for the electorate would probably be 'Who put the bop in the bop-she-bop-she-bop?' That's a knotty one

The arguments pre & post vote on social media between friends I've known for years I found particularly disturbing unsettling. Here's me following a sport where, to some of these argumentative types, "it's just 22 men in different colour shirts kicking a bag of wind about-why bother getting worked up?".

Football can indeed divide in a way that goes dangerously beyond partisan support and into hate, loathing, mistrust and eventually violence. Well that's what may develop here at least verbally online as Leave & Remain devotees dig their heels in still further and see no interest in conciliatory chats, rather sticking steadfastly to their respective dogma and the dangerous language of menace I've seen and gently shaken my head at.

"Better the pride that resides in a citizen of the world. Than the pride that divides, when a colourful rag is unfurled" (Neil Peart, 'Territories' lyrics, 1985)

Or if you prefer;

Either work really - one more succinct than the other (and the latter is really a song about completely shagging around) but hey-wise words, folks. Wise words nonetheless.