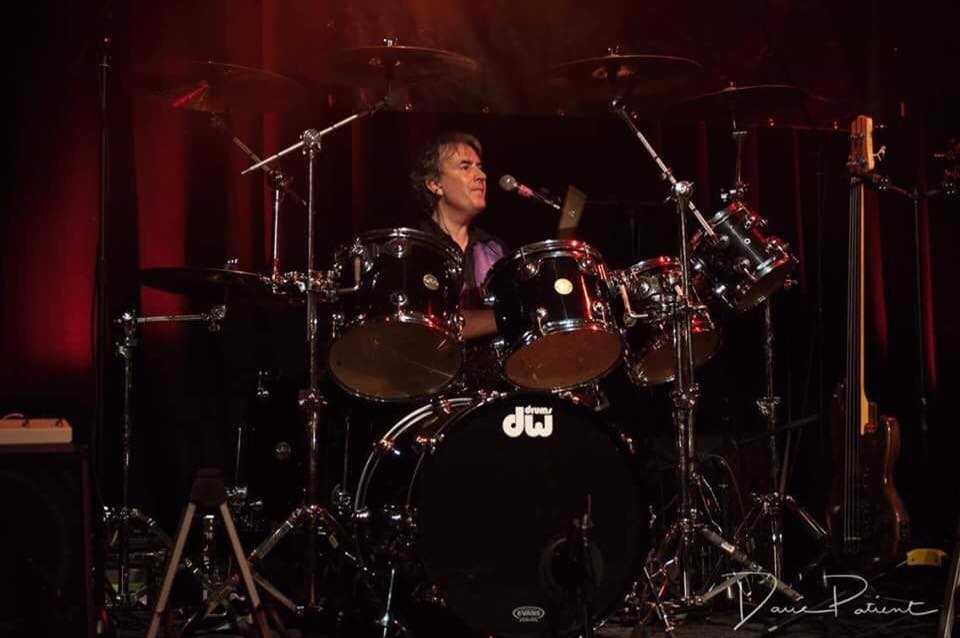 I took my first foray into the world of ‘theatre’ rock shows at the weekend – and it was one hell of a good introduction.

Leather And Lace – my latest covers project that came to be nearly 2 years ago – is now getting bookings in UK theatres, after our debut night at a club in Chesterfield late last year to ‘work out the bugs’, as it were (see the recent blog on my site about how L&L got together and got to that stage, both literally and figuratively).

Up to this point in my musical life, I’ve played big halls and outdoor shows with the likes of Dressed To Kill (hell, I’ve even played the NEC with DTK!), but never a theatre show in the traditional sense. The sort of show where a paying audience will sit and watch you in comfortable surroundings whilst you have a stage to work with that’s deep and wide and therefore ideal for putting on a ‘production’ for a visual angle to match your musical accuracy.

I’ve got to know Greg Hart, Jane Smith and the guys from the “Supersonic 70’s” show over the last few years and have seen almost at first hand how they took a concept of a 2-hour show dedicated to the finest pop music of the 1970’s with the ‘look’ to match, and worked it up over 5 or 6 years from clubs and small theatres to the sorts of places these days that hold in excess of 1000 people, which they now sell out comfortably.

It’s been a true labour of love for those guys, but they are now firmly established on the top level of the theatre circuit with a reputation that most bands would kill for; likeable, professional, deadly accurate and knowledgeable about the show and the music they’re putting together. Having seen them doing a pre-Christmas show at the Tivoli Theatre in Wimborne, Dorset a year or two ago, I was struck by just how well the set flowed and, even more than that, just how invested the audience were in recreating the 70’s vibe as much as the band were – almost like a Rocky Horror crowd that turns up at a performance of that musical dressed up in goodness knows what. Greg, Jane & co have tapped into that superbly and the Supersonics rightly continue to go from strength to strength.

I’d be lying if I said that Gary & I didn’t have the same vision for our project when we started ‘Leather & Lace’. Whilst the band isn’t specific to a decade, it IS specific to a genre of music that is, in truth, quite a broad church. Rock Anthems and Power Ballads can sit alongside each other no problem at all – some are 70’s, some 80’s, even a couple from beyond that, but they all tie together with a continuity that we believe provides a great night out. In a theatre.

And so it was that the Quay Theatre in Sudbury became our first port of call in 2017 to try our sound and look out on an audience that had not seen before and only had our promotional posters to go on in terms of what music they should expect. They, in effect, were as unsure of what we were about as much as we were unsure about how our show would be received in this more rarefied environment.

Sudbury is a town right on the Suffolk/Essex border, and the Quay Theatre is a beautifully appointed place near the town centre in quiet surroundings right next to the River Stour. In truth, all of us in the band were flapping well in advance about the prospect of negotiating various parts of the M25 on a Friday afternoon, so early starts were the order of the day. That meant a 3pm arrival for me, which sounds hideously early, but even I’d been beaten to the punch by keyboardist Oscar, who was fully an hour in front of me and was already set up on his side of the stage when I walked in to survey the scene.

I took in the sights - a lovely deep stage with plenty of room for 7 musicians to strut their stuff and seating for around 125 people in a really cosy and inviting setting. This was going to be just the right sort of start, I thought to myself. As I began setting up the drums, the rest of the band arrived bit by bit (we all travelled separately – no tour buses or enormo-splitter vans yet) and the stage set up took shape.

Normally for a club/pub gig, you’d arrive at 5ish, set up, soundcheck between 6-7pm and then wait 2,3, possibly even 4 hours before you are scheduled to play. At JB’s in Dudley, where I played a number of times with different bands, you’d typically soundcheck at 6pm on Saturday nights, but wouldn’t actually go on stage to perform until at least 11.30pm once the local pubs had started chucking out and JB’s got busier as nightspots tend to do from that point on. The audience was always there – that was how they were educated over time as to when bands were on.

With theatre shows, it’s far more civil. Soundcheck is still around 5-6pm, but the venue doors open typically at 7pm and you go on at 7.30 prompt, so even a band that plays 2 sets worth of music like Leather & Lace will be finished by 10.15 at the latest, which is roughly equivalent to the same time Dressed To Kill used to hit the stage in Stourbridge, by way of comparison.

Things went very smoothly with set up and running through a few tunes at soundcheck. You have to remember there’s still a few nerves around for us at this point – the 7 of us have only shared a stage once before, so the ‘getting to know you’ aspect extends beyond merely getting to know not only one another’s personalities, but also our musical muscle and our individual ideas on stagecraft…no one wants to invade someone else’s stage space, but as mentioned before the space we were afforded in Sudbury allowed Paul & Tanyth bags of room to front the show any way they wanted, flanked by Micky & Dan on guitars right and left, whilst Gary stood behind them just in front of and in between Oscar and myself who shared the rear of the stage…of course, drummers don’t have to worry about stagecraft too much, unless the bass drum starts to creep forward and away from you, necessitating an unscheduled stand, grab and pull! Not too professional ;)

Our ‘look’ is fairly uniform, as the band’s name would suggest. We settled some time ago on a wardrobe that was based on black leather and lace obviously, whilst also adding a splash of purple to give a sense of colour and not make things look too dark or gothic. Add to that Dan’s seafoam green Strat, Gary’s cherry red bass and Micky’s green quilted top PRS, and the visuals were nicely colourful whist still uniform. Even the drummer has to get involved in such sartorial shenanigans and get with the programme. And that includes the tools of the trade, too. My ‘Black Mirrar’ DW drums are a better option from a visual perspective for this project than my silver sparkle Natals – and due to the hard work (honest) that I put myself through, I need two black & purple shirt/waistcoat combos handy - one for each set, as the first combo is soaked through with sweat by our halfway break. Nice.

Marty Di Bergi talked in the intro to “This Is Spinal Tap” about wanting to capture ‘the sights, the sounds…the smells’ of the band he was documenting. Well, the smells in the L&L dressing room at the Quay Theatre prior to showtime were that overpowering, it was like working in Lush. 7 different underarm deodorants combined with 7 colognes/perfumes, some of which time had clearly forgotten, made for a heady mixture when you opened the door to walk in.

Finally, showtime arrived and we trooped off side stage to await the start of our intro music so we could take our places. Pretty much all seats in the auditorium were taken and away we went careering into our opening 2 numbers back to back. From my vantage point right at the back, it was hard to gauge audience reaction as I played but, even with my earplugs firmly jammed in, the roar of appreciation we got at the end of the second song told me (and the rest of us) all that we needed to know. We’d started well, clearly.

And as the songs were wheeled out one by one, the response became more enthusiastic. Lesson one, Ian – don’t be fooled by the notion that a seated crowd in a theatre setting is somehow less inclined to make noise than a standing one pressed up against the lip of the stage in a club. I learned that lesson time and time again as the night went on.

We loved it – individually as band members and collectively, too. Paul & Tanyth were right on point with their vocals and their interaction with the audience which set the tone for the rest of us to deliver our side of the bargain as musicians. There were some particular highlights for me – our ending to Broken Wings where I get to stretch my legs technically speaking is always great fun to play, but the quality of the musicianship and vocal delivery around me was so so good throughout, and Paul’s little Freddie Mercury sing-along moment at encore time was lots of fun.

All too soon, it was done and dusted to a thunderous response from everyone there. Very humbling indeed for what is effectively our first ‘show’. My talkSPORT sparring partner Perry Groves was there with his missus, despite our type of music not necessarily being his thing. I think we’ll put his direct quote to me backstage afterwards on our promotional posters – to whit…

“When we arrived, we’d planned to leave half way through the second set to get home early, but you made us stay ‘til the end, mate…”

There’s an endorsement and no mistake ;) LOL

So, thank you to all and sundry at the Quay - We’ll be back…now that we’ve arrived!!