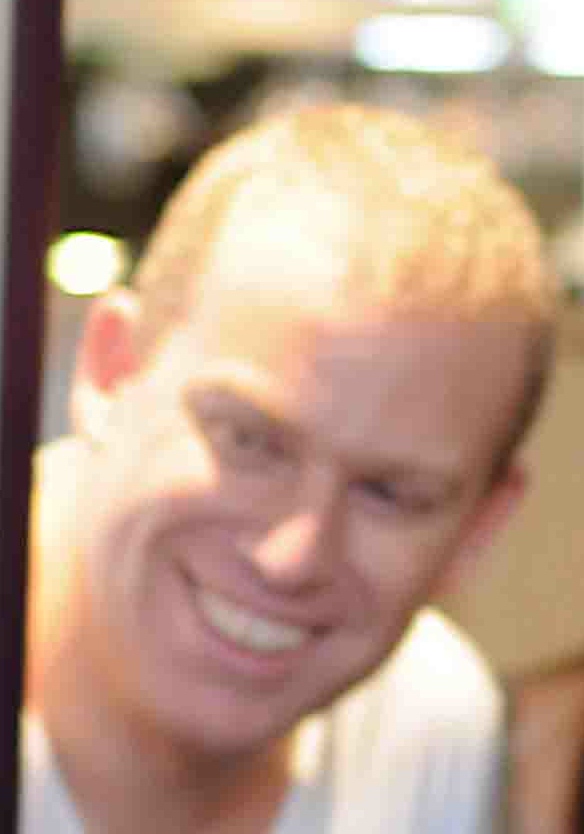 Well what a dreadful dreadful start to 2012.

Dave Hodgson, one of the bravest men I’ve ever met in my life, finally succumbed to cancer as 2011 ended. My immediate thoughts and condolences to his young wife Natalie, her daughter Olivia and all of Dave’s nearest and dearest.

His bravery came in the way in which he faced blood cancer head on and tweeted every stage of his fight with no small amount of humour along the way, never once descending into self-pity or overstating his situation.

He organised radio advertising campaigns amongst other things to promote all that was good about the city, and I was brought in to provide voiceovers for his ads. When we first met, it was obvious that we had a connection. He was a huge talkSPORT fan and had an unquenchable thirst for Wigan Athletic (his hometown club) that went far beyond the ‘Johnny come latetly’ clichés so many football fans get tagged with if they happen to support a top flight team.

Dave, as it transpired, really had been there, done that & bought the commemorative scarf when it came to the Latics. He’d stood on the grotty old bank at Springfield Park in the ‘bad old days’ as he put it, when the idea of a Premier League side in Wigan was only the preserve of the peanut-huggers in Rugby League. And now I come to think about it, he never saw his side relegated once they’d reached the promised land.

I shouldn’t pretend for one moment that the friendship Dave & I shared was in any unique or that my grief should matter more than anyone else’s. His infectious personality made him a friend to everyone he met. I remember how thrilled he was to have organised a talkSPORT outside broadcast at the Mailbox for the Weekend Sports Breakfast in 2008 presented by Andy Townsend, Mike Parry and yours truly. He quickly struck up a rapport with old Porky Parry, bantering with him about his weight, beard and daft ideas about ejector seats for F1 cars and within minutes Porky was laughing as hard as I’d ever seen him and another friendship for life was established. He was that much fun to be around.

We both sat in the Mailbox having drinks some months later when I excitedly told Dave about my recent reconnection with my one-time fiancée Natalie and what lay ahead for me. Dave was the 1st person I told of this news – such was the trust you placed in him. He himself started seeing a (different!) girl called Natalie not long after and we shared our happiness over the coming months about how we’d both found ‘the one’. When it came to our wedding invites, Dave simply had to be included. He had become as close as my close college, work and band friends had become in such a short space of time.

But soon, Dave had an offer he simply couldn’t refuse – to live and work in Dubai promoting aspects of live in the luxury of the affluent Middle East. Off he went, and rightly so – but thankfully, Natalie (or Tatty as he affectionately called her) eventually went with him along with her young daughter and they began life together in exciting new pastures. There must be something about the name Natalie, because soon enough he had proposed to her as I had done the year before with my Natalie – only Dave blew my meek ‘down on one knee’ proposal totally out of the water…or deep underwater as it turned out.

Unbeknownst to Tatty, Dave had plans afoot and had stationed them at a table right next to the thick glass that afforded these views of all manner of underwater flora & fauna. The meal was evidently delicious and, as the coffee and liqueurs were being administered, suddenly a frogman descended from above and stopped right next to the happy couple the other side of the glass.

Quickly, he produced a lovingly crafted placard whereupon was written “Tatty I love you - will you marry me?” Flash so & so :o) Naturally it worked!

Natalie & I attended their wedding reception not long after in Aston Cantlow, a leafy near neighbour of Stratford-upon-Avon and all seemed idyllic. A couple clearly matched to perfection and a life ahead full of possibilities. Although Dave knew at that time (and not many others knew outside of a close circle of friends) that an aggressive skin cancer was taking hold – despite that he was unrelentingly positive about beating it and concentrating all his efforts on being a husband, father & marketing executive at Meydan in Dubai

To see that life torn apart within 18 months by cancer is so hard to comprehend and understand therefore. To be told you only have a short length of time left on this earth must take you to emotional places you never previously knew existed in record time.

But this is where Dave excelled once again, and showed the most astonishing positivity and strength through his tweets and his facebook messages as the disease gradually took hold. To read his postings in 140 characters or less were so so humbling and brought home not just the futility & fragility of life but also the extraordinary determination Dave showed to try and beat what his doctors & surgeons told him was unbeatable.

He ruled nothing out in his quest for a cure – something to give him some kind of quality of life as his situation grew more and more bleak. Trips to top medical minds in Chicago brought some brief hope, but it always seemed to be about prolonging life rather than preserving it.

Dave’s passing at just 41 years of age shows that cancer does not discriminate. Ever. No young family should have to pick up the pieces the way Tatty & Olivia will have to in the coming months and years. I feel for them and his family. Men of such character and good will are all too rare. Dave – I shall miss you terribly.

Losing my much loved brother is almost unbearable. I was fortunate enough to spend christmas with him and mum. I was due to fly home on 6th Jan but he ordered me out of the country to spend new yr with my family. We said our goodbyes on 30th and I flew home the following day. My 2 sons have taken his passing very badly. They are 16 and idolised him. He was always there offering advice. If they ignored me a quick txt to Dave ensured homework done.
I have been overwhelmed by all the tributes to a very special brother. (I left home when he was 9 and still thought of him as a 9 yr old - much to his amusement and sometimes annoyance) I am hugely proud of his success and influence.
Beverley.
ps. we did disagree on one thing. We are a rugby family but might start keeping an eye on Latics.
Thank you for your lovely comments. He would have been chuffed to bits

he was a great person, RIP!