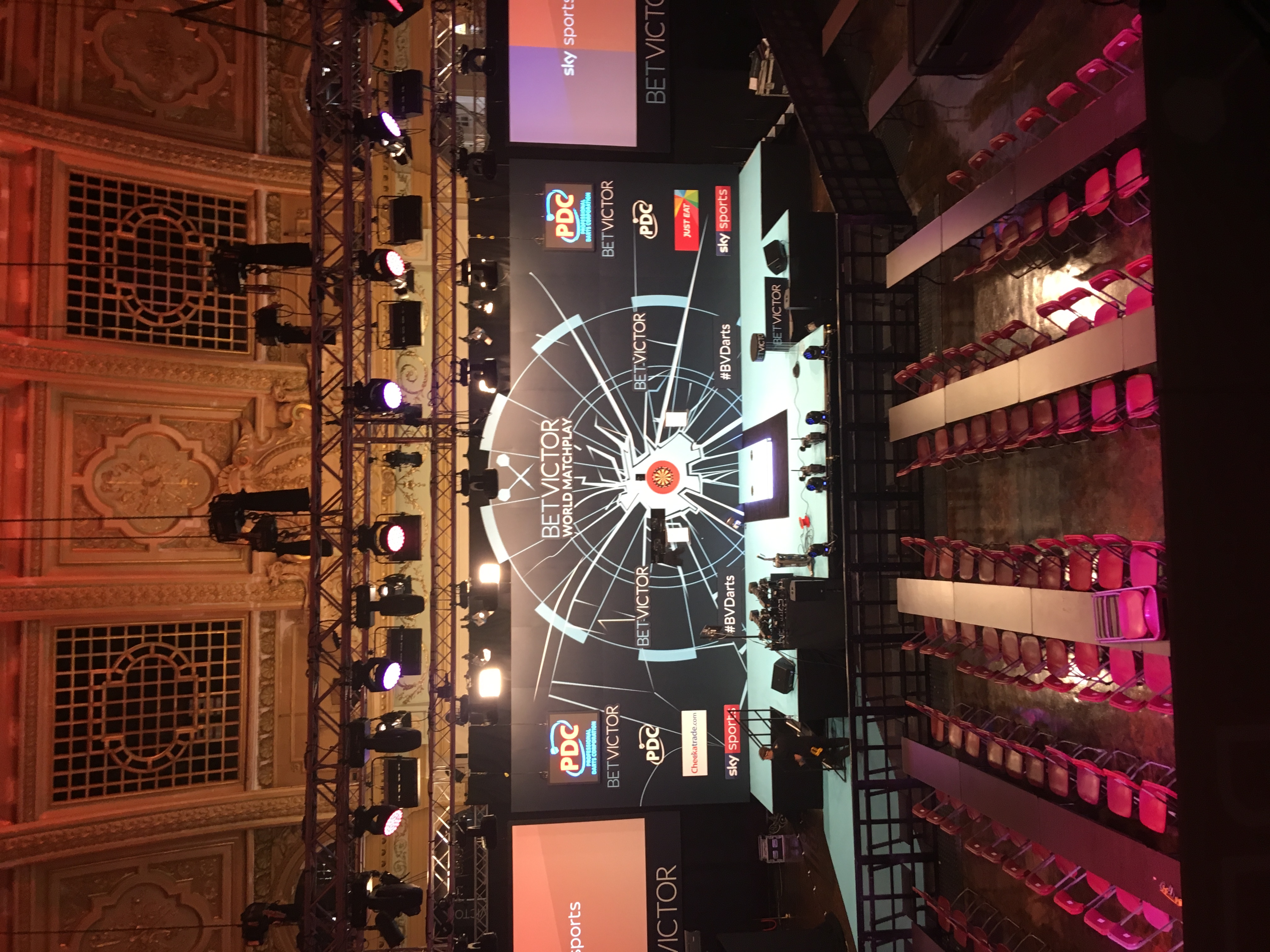 Radio can either be the perfect medium to listen to some sports, whilst others leave potential punters scratching their heads and saying ‘Oh come on – really?’

Football, cricket, athletics and horse racing have been staples on the wireless since well before I came into being at the end of the 60’s, and nowadays with the advent of talkSPORT and the BBC’s increased sporting portfolio on 5 Live, more sports have been introduced in the last 50 years with a variety of success.

One man’s meat is another man’s murder, and I have friends who are as perplexed by hearing (for example) golf described on the radio as others who become mesmerised by it. Motor racing seems to inspire the same sort of contrary views, and tennis really polarises opinion in both directions.

But when my boss at talkSPORT 2, Mike Bovill, contacted me late last year to say that we had secured rights for the World Darts Championships at Alexandra Palace and that he wanted me to help lead the coverage and commentary, it oddly seemed like the most natural fit to me, even if others who heard this news would immediately opine ‘Darts on the radio?? You are kidding me, right?”

In some radio sports, there is no need whatsoever to tell the listener about the atmosphere at an event you’re commentating on. You can hear the rise and fall of the crowd noise at a Premier League game or the combination of excitable punters and galloping hooves at a classic horse race – cricket’s more sedate air lends itself to listeners who wish for a sport to almost wash over them as they work or relax in the day…one of Darts’ greatest weapons is the extraordinary noise you get wherever the PDC pitches up.

We’re currently in the middle of the World Matchplay Championships at the Winter Gardens in Blackpool, but the sheer volume generated by the 2000 or so punters that attend every session just sounds sensational on its own as a backdrop to the action on the stage in front of them. It’s then up to us to augment that with our description of what we see on the oche.

There was a massive degree of scepticism on social media after the announcement that talkSPORT & talkSPORT 2 were plunging headlong into darts commentary, but it only took me that first night working at Ally Pally back in December to know that such scepticism was unfounded. Darts commentary isn’t simply a case of saying “He’s hit a single 20…now a 5…and a treble 20…he walks up to the board and gets his darts – now let’s see what his opponent does…single 20…single 20…and oh another single 20 makes 60” etc etc. That would sound dead boring. But there’s so much more to darts as a sport (and it IS a sport, by the way – look at 2 players in a sudden death leg with a place in the next round up for grabs, watch the pressure transmit to their faces, and then try and tell me that darts is merely a pastime) and I believe our commentary truly reflects that.

The mere psychology of it is fascinating, and getting across that shift in mood from set to set, leg to leg, even visit to visit, makes for compelling listening as a player can go from super-confident to lower than a snake’s belly in seconds. Our expert summarisers, though, are a massive reason as to why our listening figures for the World Champs, Premier League, World Cup & now World Matchplay have been so good – Chris Mason and Paul Nicholson are both seasoned darts pros. Chris is now retired from the pro circuit, but still plays regular exhibition darts and has participated heavily in this Barry Hearn era of the sport that has come on in leaps and bounds since the PDC’s inception over a quarter of a century ago. Paul is still a Pro Tour cardholder and is aiming to be on stage for the next Ally Pally jamboree next Christmas rather than simply behind a mic for us. Both of them are supremely good at dissecting what players are going through, and also quite brilliant at knowing each individual players’ own idiosyncrasies in terms of favoured doubles and checkout routes, which are as different as everyone’s fingerprint as it turns out.

They’re also both screamingly funny and engaging and are just perfect for providing both the levity that darts seems to throw up so often and then switch to the much-needed gravitas for those vital, nail-chewing moments that this sport throws up every match. Mase and I were on the mic the other night when World Number 1 Michael van Gerwen crashed out to his compatriot Jeffrey de Zwaan and Mase was brilliant in sensing both the weakness in MVG’s game and de Zwaan’s increasing confidence that brought him a sensational victory.

Nicho was equally brilliant alongside John Rawling in describing the Henderson/Huybrechts match on Monday night that provided us with the first ever sudden death leg in the World Matchplay’s 25 year history. He told me afterwards that his heart was pounding just watching it as the Belgian edged out the Scot, but the measured yet dramatic way he put that across on air was spot on.

All I’m saying is, give darts on talkSPORT 2 a try – the PDC themselves appear delighted with what our coverage has brought to the sport and we’re not done for 2018 once the winner is crowned here on Sunday – not by a long (game) shot!!

talkSPORT 2 is available on DAB Digtal Radio, online at talksport.com and via the free talkSPORT app that you can download for free to your smartphone, and then take us wherever you go!