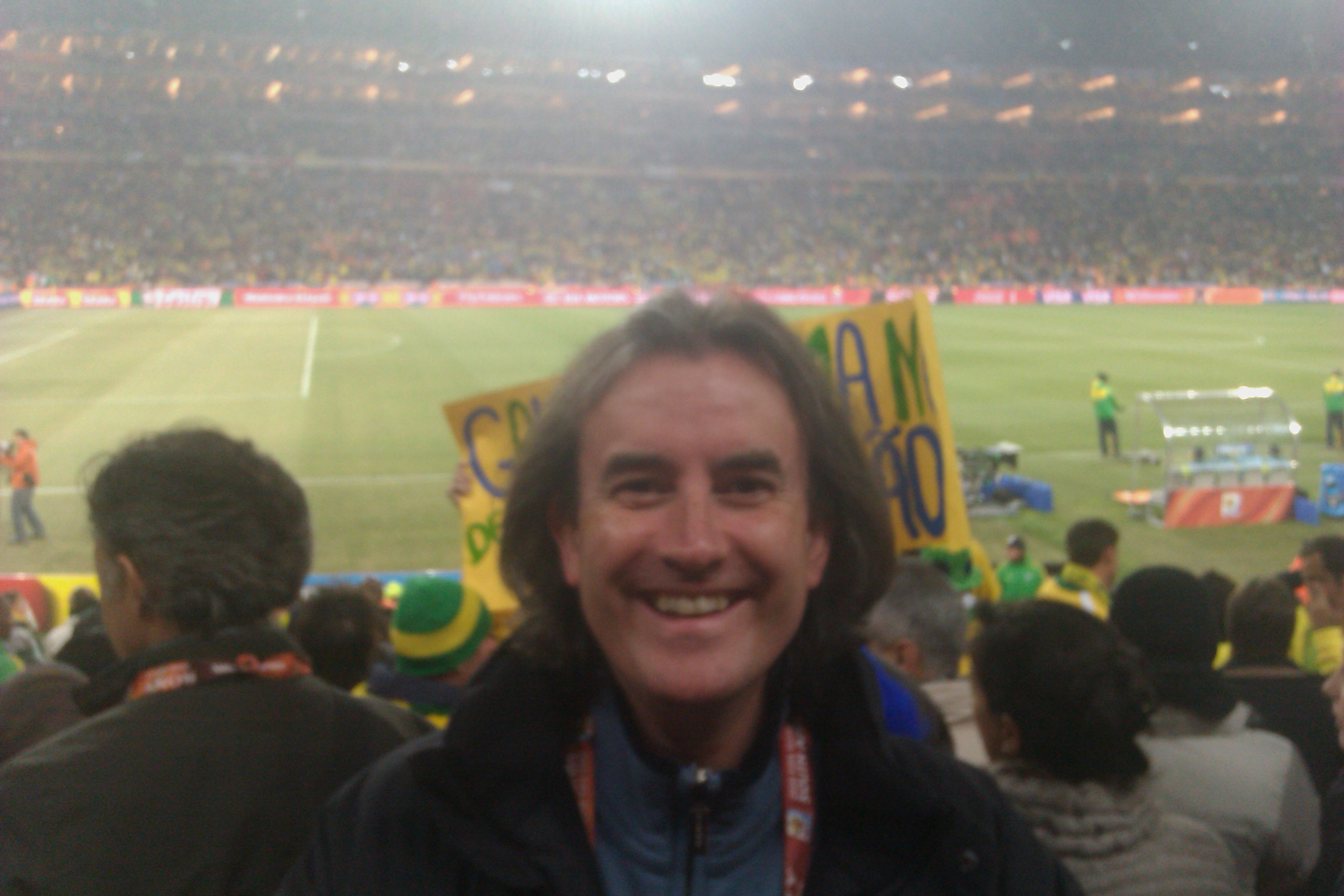 So John Terry does it again, eh? The man whose lust for power and autonomy within the England camp to match his status at club level has led to our squad merely fragmenting still further, which I'm sure wasn't his intention, but shows his total lack of understanding on how to handle a situation where he isn't top dog.

I should imagine that John Terry has had a cosseted upbringing at Chelsea since a very early age, and doubtless within that setup, his burgeoning talent would have meant very few within the club would ever have said 'no' to him on his way through the ranks for fear of destabilizing his love for Chelsea and his potential as a future leader. Capello said 'no' to him retaining the captaincy back in February - probably the first time his actions have been not only questioned but punished in a way only he understands.

What has happened with Terry since then, therefore, has seen the problem that lies with such protectionism come home to roost. How can he say in yesterdays press conference 'We are 100% behind the manager' and then spend the rest of the time deconstructing Capello's methods, digging out a number of his team mates as supposed accomplices and making veiled threats as to what could happen were he to be ignored?

You could say 'well at least he cares'. Yes he does, but much much more about himself more than England. He, like others within the squad, is already imagining the chorus of booing that will accompany his every touch from opposition fans in the league next season along with thoughts of the effigies and all sorts of things that David Beckham had to suffer in the light of France '98, and he is merely getting his excuses in early. The classic 'It's not me guv, it's him' line from someone who is incapable of seeing anything wrong in his actions

Capello has much to answer for in giving Terry the opportunity to spout off. His first major tournament as an international manager and he must be wondering why it has suddenly become so difficult to translate the form shown in qualifying to the Finals here. For me (and this is easy in hindsight but I'd said it all along) Joe Hart should have been given more pitch time in the warm-up games and then played against the USA onwards. Alvin Martin remembered an interview that the then Shrewsbury manager Gary Peters gave to talkSPORT several years ago when he was adamant that Hart was destined to be England's No.1 - he told Adrian & Alvin he had no fear as a 19-yr-old in shouting at centre-halves twice his age during matches.

Instead Capello opted for Green and the rest etc etc...that said, once he'd picked Green, he should have stuck with him for Algeria. And thanks to that and the other ideas tried in South Africa, we now have a vastly reduced squad to pick from.

He clearly can't pick Green again now, Emile Ivanhoe Heskey brings a new meaning to the word 'unplayable' and Frank Lampard Senior might have been a better selection in midfield last Friday. Maybe the fact that Fabio still needs an interpreter to get his points across is also crucial - and what are Stuart Pearce and Ray Clemence contributing to the effort out there? Clem seemed to spend the entire warm-up against Algeria trying to make Rob Green smile rather than coach David James ahead of the game.

Indeed, nobody appears to realise within the camp that they're using more facial muscles than they need to and have a 24-hour cob on. I can appreciate the 'cabin fever' that can set in with the squad at their base in Rustenburg - if I wasn't allowed out of our base here in Joburg and had to spend 5 hours in my room between lunch and dinner, I can't say I'd be chuffed and I miss my wife and family too, but this is a job of work! Just as there are hundreds of broadcasters who would jump at the chance to be in my shoes, there are millions of Englishmen who would similarly need no invitation to represent their country in any given sport. The rows we've had about England in here have been spectacular - you can imagine with the personalities we have like Stan, Goughie, Porky, Saggs...but it's all debated with an underlying love and passion for England, not a self-serving one-upmanship sort of standpoint that we saw from Terry yesterday

Come on boys - do like Peter Parker in Spiderman 2 - 'strong focus on what I want' rather than the fear of what you don't want to happen. And here's another 'With great power comes great responsibility' - good old Spidey eh? Perhaps he could break into the England dressing room before Wednesday's game and 'spin' out a few choice phrases to the lads...and web up one or two so they stay firmly stuck IN the dressing room come kick-off time.

And anyway - at least we're not the French, eh?

I went to Soccer City last night as a spectator for the incident-packed Brazil/Ivory Coast game (see pic) and sat next to Darren Gough in the most extraordinary stadium to watch the Samba boys win in 2nd gear against a hugely disappointing Ivory Coast. Brazil got a bit of karma back for the old 'Rivaldo face clutch' with the sending off of Kaka late on, but for all Fabio's issues and problems, dear old Sven really is showing what a severe lack of preparation can bring you at a World Cup - precisely nothing. Only Gervinho looked the part as substitute whilst Drogba was largely anonymous and deprived of service - they'll beat North Korea though.

Or will they? After all Italy have done us a huge favour and put in the worst performance by any of the fancied nations in their 1-1 with the minnows of New Zealand, a result that had our own Bobby Gould - whose son coaches in NZ - spontaneously combusting on air during commentary. Hopefully they've stuck him back together again in time so he can join me at midday to look forward to today's games including Portugal vs North Korea.

It's been reported that the North Koreans have been addicted to the televisions in their rooms since arriving here - Korean state television has only 1 channel, which presumably is a tad on the stuffy side - maybe that's why Jong Tae Se was blubbing during the national anthems before the Brazil game - perhaps he'd forgot to set the Sky plus to record Emmerdale?

Not much to report back here at the lodge - the Moose is still shoe-horning West Ham into literally every topic of conversation, much as he does on air; the food is still scrumptious - having read my friend Chris Davies' excellent book 'Behind The Back Page' before I came out here (no problem at all Chris - invoice to the usual address is it?), his stories of accomodation and culinary options at World Cups and Euro Champs had led me to believe that Pringles and Kit Kats were the only weapons of choice. Not so - Chicken & Broccoli bake tonight...could've gone for the Lamb Shank too. I feel like I'm in a constant Ferrero Rocher ad I'm being spoilt that much.

Which could turn me into John Terry if this sort of pampering and pandering continues.