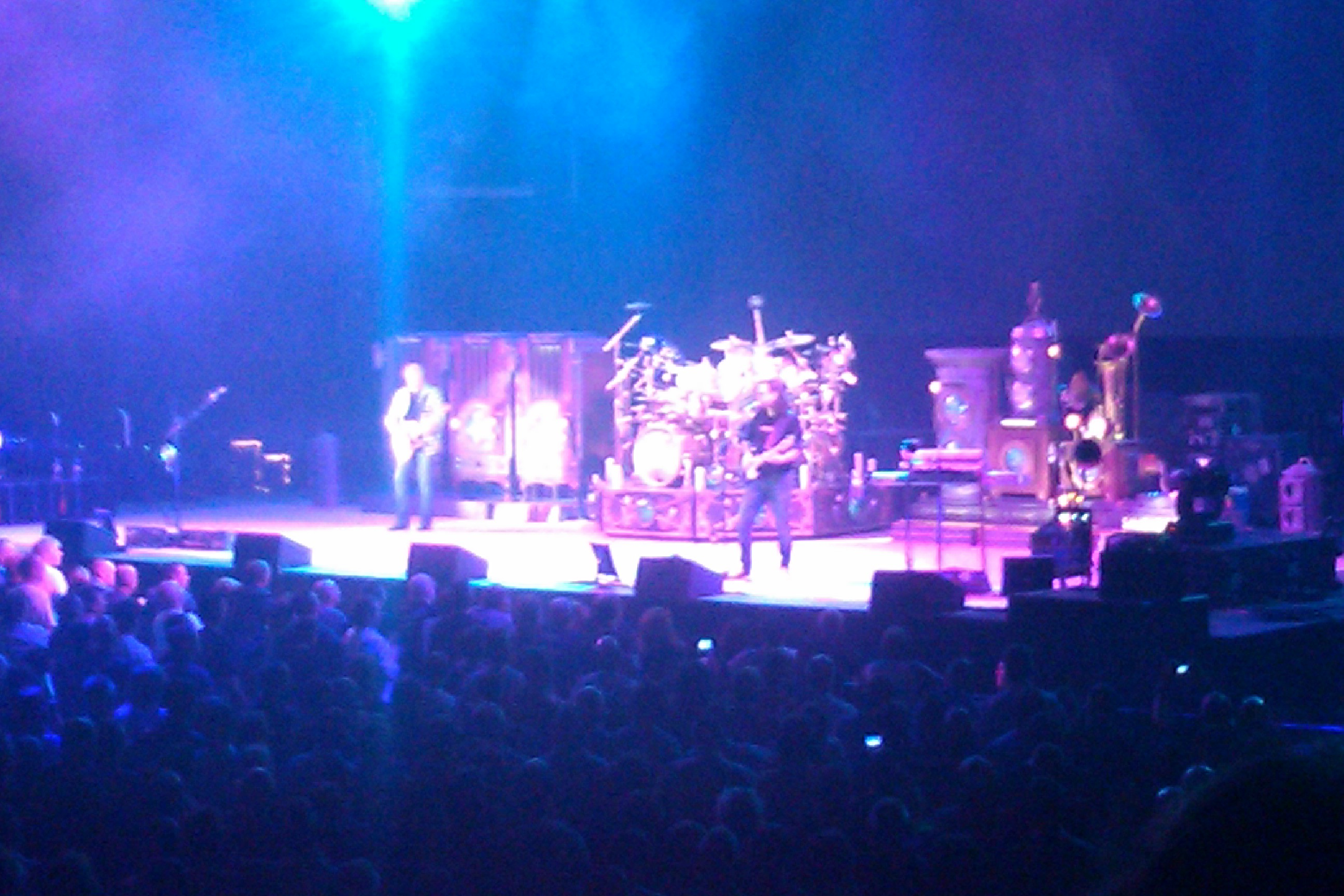 Not that February 27th 2011 is somehow ever going to be a distant memory now that we’ve dropped out of the land of milk and honey for the 3rd time in 4 Premier League seasons. Far from it – in fact there’s a need to cling to that day for Blues fans as succour…comfort if you will, from what has happened to us time and again as a club during my lifetime.

And maybe that major trophy has for once actually eased the pain of the drop when previous years have had no such unbridled joy to fall back on. However that easing of hurt is only temporary in one sense – for example it won’t make any Blues fan happy to see the fixtures come out on June 17th with long trips to Hull, Brighton & Middlesbrough to undertake rather than Chelsea, Manchester United and Liverpool. But that’s an emotion, as I say, that we’re used to.

The Villa fans have of course, sought great great joy in Blues’ demise, and most of those that I know have either been extremely funny with their ripostes or actually quite even-handed, almost sympathetic. However there are always the few who overstep the mark and send you something online that they misconstrue as ‘banter’ is just a downright insult. Those are the folk you ignore – not worth rising to the bait really. Every club has them - including my own.

So now to the future. What future does my club have, with a board already steeped in ‘cloak and dagger’ secrecy over the financial affairs that have fascinated everybody who follows Birmingham City FC since the day Carson Yeung first attempted to wrest control of Blues from the Gold brothers, Sullivan et al – a move that destabilised Steve Bruce’s tenure as manager?

Well, the immediate news coming out of St Andrew’s was in part disappointing, part expected and part surprising. That the board were so quick to confirm the safety of Alex McLeish was the surprise; the disappointment stemmed from the news that he had the metaphorical gun to his head to achieve promotion back to the promised land at the first attempt; the expected was the mass exodus of players at the end of their contract or end of loan spells.

I won’t miss any of the loanees we had. Matt Derbyshire showed little aside from a brace at Millwall in the FA Cup and looked remarkably lightweight for someone with top flight pedigree; David Bentley spoke to me on his arrival from Spurs and talked a good game, seeking to dispel thoughts of his inability to be a committed member of a squad - how I believed his honest candour…and how he let me down as the weeks progressed; Obafemi Martins was the goalscoring hero of Wembley which, in 50 years time will be the only mention of him as a Bluenose in the history books – those books will neglect to mention his frustating performances leading up to the Final and his disappearance afterwards; and Alex Hleb showed, just as he did last year at Stuttgart, that all the good he could bring was to be stifled by his inability to stay fit and focused.

The out of contract players is another list containing one or two stars that have been sadly neglected by the club. Seb Larsson is the prime example – earning nowhere near as much as his contemporaries, Seb’s work ethic has belied this and he surely deserved some kind of decent extension offer or new deal that befitted his status. He’d even outridden a tricky patch of form with supporters to regain their trust, something that in these modern times that is so tough to do. He should’ve had better and he will serve his next club with great distinction, that is for certain.

Kevin Phillips would be ideal to retain, his general fitness and all-round nouse at 2nd tier level would appear invaluable to me, but I imagine he will end up at Derby, Nottingham Forest or another Championship club which will allow his to stay in the Midlands where he’s been settled with his family for some years. A shame – the squad will be radically different come pre-season, but perhaps that’s a good thing. If Eck can somehow resist the vultures circling for Dann, Johnson, Gardner, Zigic and Foster, then the spine of the team (defensively speaking at least) remains intact. It’s going to be intriguing to see how McLeish reforms his striking options – the area that’s given fans most cause to criticise him.

Cameron Jerome was not his signing, and he has not developed as a striker in the 4 years he’s been with us. I’ve been waiting for an improvement in touch, awareness and finishing to go with his obvious athleticism. It hasn’t materialised. Nor have any offers for him during his spell with us-were he to be prised away it would require a whole new strikeforce i.e. 4 forwards to see us through a 46-game season plus the prospect of 8 Europa League matches too. This will require a whole heap of business, both to counter the departures and also to bolster the squad to cope with the rigours of such a season.

Do we have the wherewithal, the cash, the necessary attraction to potential signings to be ready for our UEL qualifiers and beyond? What trouble me is our board’s inexperience as football administrators. Peter Pannu & co have much to do to convince me that they can attract players without an experienced football man like Michael Dunford in the boardroom, the man who arrived with the new owner but departed soon after? Villa still miss Steve Stride for me – Wolves have a team of Morgan, Moxey & McCarthy that seems bonded, together and focused. Pannu, Yeung & McLeish have to gel like never before, or we could look rather too scattergun in our approach for new signings. Panic never looks good.

But judgements cannot be made here and now – let’s see where we are a month from now. Because there’s little point in a witch hunt

Speaking of which – “Quick to judge, quick to anger, slow to understand. Ignorance and prejudice and fear go hand in hand”

Actually as well as “Witch Hunt” a couple of the other songs in the RUSH set I watched at Manchester’s MEN Arena (or Manchester evening daily tabloid Arena as Neil Peart would rather it was called I imagine!) could be applied to Blues’ season: “Time Stand Still” for the moment when Koscielny & Szeczny collided at Wembley: “Marathon” for what the season became with 2 cup runs; you get the idea.

Myself and my best mate Keith travelled up to Manchester the Thursday before the end of the Prem season full of expectation. That’s what RUSH do to you-give you the impression that they’re never going to disappoint with their performances. And these are guys who must be in their 60’s by now. We were onto a winner before a chord had been struck really – that was because we knew that, as part of their Time Machine tour, the band were playing 1980’s classic album Moving Pictures in its entirety as part of the 3 hour show. Most songs from that opus are setlist regulars, like Limelight & YYZ, but Camera Eye had never been performed live by the band prior to this tour, and so this was to be a real treat.

It was a little strange to see a fair number of women in attendance as we took our seats on Geddy’s side of the stage – RUSH aren’t necessarily a female-friendly act for me, but the ladies were there in strong numbers to be fair.

And what a set it was – Spirit Of Radio, Time Stand Still & Presto was a quite inspired beginning to the set. As it went on, more of my favourite tunes were pulled out of the RUSH ‘vault’ as though my fantasy set list was being compiled before my eyes. Faithless off Snakes and Arrows, latest single Caravan, classics like Freewill, Stick It Out and my all-time fave Subdivisions all played brilliantly by Lee, Lifeson and Peart.

Watching Neil Peart as a drummer in particular is so so joyous. What a player – amazing technique, studied concentration, and moments of genius that have you scratching your head wondering how he came up with fills like that in the first place. Then you watch Geddy doing the ‘pat the head, rub the stomach and do backfips’ approach to playing bass, keyboards, bass pedals, triggers and lead vocals. The man is a freak – and there’s also a joy in watching Alex Lifeson’s joy in being onstage playing guitar and acting up with the audience as he does so. 3 very different people who come together and are just brilliant. Just brilliant.

Loved every minute of the show – and just like the last 2 times I saw them, I’m asking myself whether they’ll come over again to tour. Not many bands grow old gracefully, but RUSH somehow endure, and their upcoming ‘Clockwork Angels’ album will be one of the few releases I seek to purchase on the day of release. In my case, such immediate purchases are few and far between. That’s how good RUSH are.

Great review of Rush, will be at o2 tomorrow.

Shame about the Blues, Albion myself and we spoke on talksport after we drew against the Wolves at home, you asked me will we would stay up, I said yes we would!!!

Couldn't agree more mate. As a Spurs fan I was disappointed to see the Blues go down but the table doesn't lie.

I saw Rush at the LG Arena in Birmingham. Absolutely stunning and a joy to behold. Sadly they had to fight the poor acoustics in the arena. A great night nonetheless. Would like to hear the disco version of Spirit of Radio again, plus the reggae Working Man (never thought i would type that sentence!)