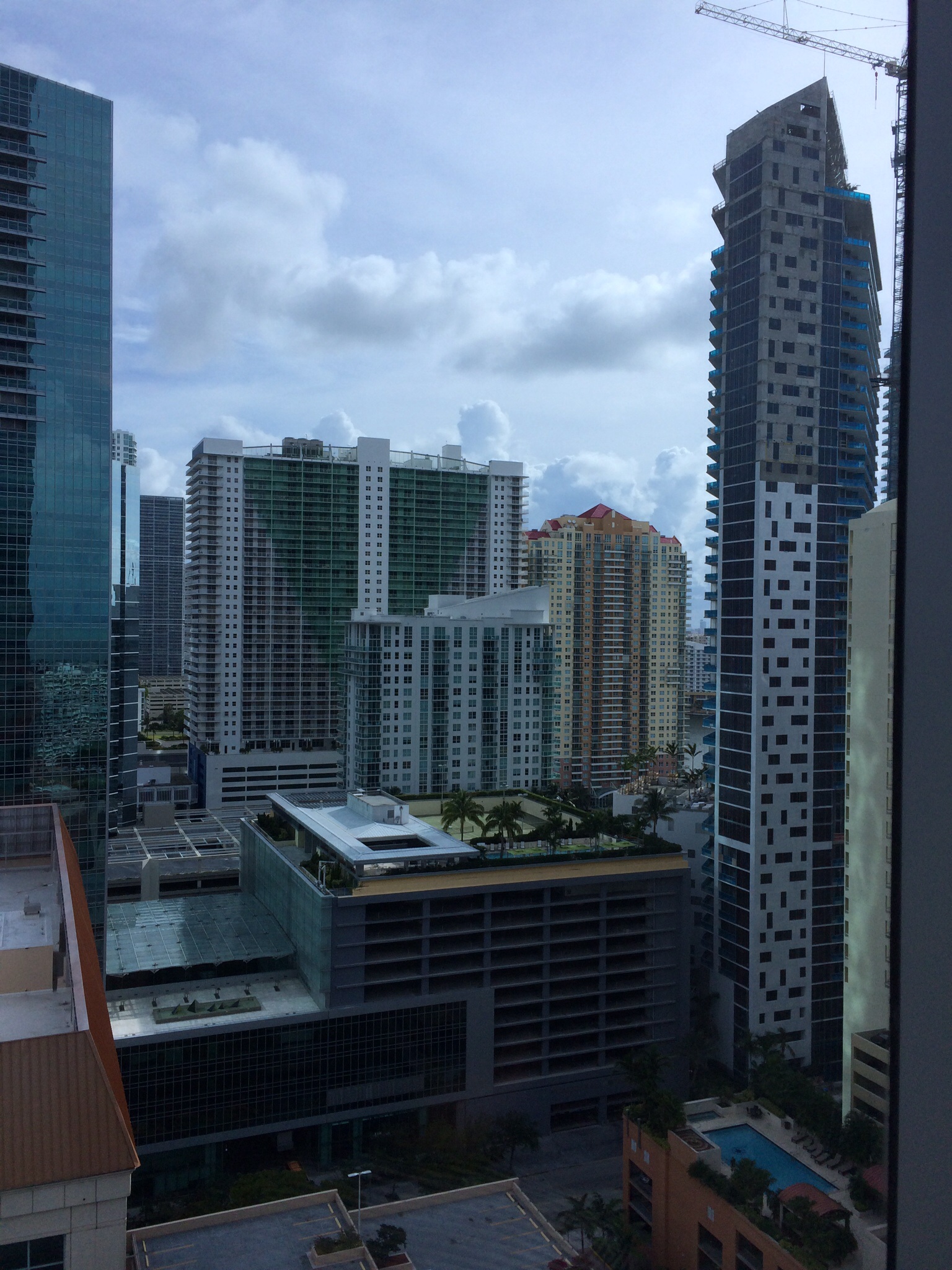 "The loneliness of the long distance reporter..."

Suddenly this feels very very big. I've bid a tearful farewell to my girlfriend and for 6 weeks or so, there's no going back.

I've covered a World Cup before for TalkSPORT, in South Africa 4 years ago. That was different though. In 2010, I was thrust into the role of No.2 commentator with weeks to spare and the short term maelstrom coupled with the somewhat insular nature of a commentator on tour (preparing info, learning player stats, learning them again etc) made me understand the boundaries under which I was working and just get on unhindered by too many outside influences.

This time, the pressure is undoubtedly on. I was asked in early 2014 to assume the role of England correspondent for the station, one that requires almost constant on air availability during periods of Three Lions activity - a role that merely escalates in terms of importance when a World Cup rolls around.
I didn't treat South Africa as a holiday by choice, despite various opportunities afforded me in what was a fairly busy schedule (I did sneak up Table Mountain when no one was looking to be fair). Travelling to Brazil via Miami, however, after pre tournament trips in the space of 10 days to Portugal, Burton on Trent, Watford and Wembley (twice) , it was so obviously rubber-stamped for me that I had no such choice to choose in this particular job.

After 10 years as a national sports broadcaster (yes, it has been that long) it's nice to know that there are still aspects of this career that you have little understanding of and yet are ready & willing to embrace. Becoming the man inside the England camp is one such example. As I've said many times, I'm not a trained journalist - merely a broadcaster. I hold no professional qualifications save for those I attained up to A level standard (and none of those included media studies). But one has to understand that this role requires a journalistic approach. Perhaps not in the same way as my colleagues in the written press, but somehow a bullshit filter becomes hard wired in you & you quickly learn to disseminate the important information from an interview and read between the lines, intelligently 2nd guess a manager or player's thought process, speak to those whose connection to those people is closer & even more privileged than your own. That's what being informed is all about.

The whole 'hanging around' thing still occurs when waiting for players, managers etc on press days, but there's little ambiguity as to the fact that you KNOW you'll be waiting about a bit to interview someone - the frustrating thing is that there's little you can actually DO whilst waiting, as the interviewee could emerge around a corner at any given moment, so being half way through an on-air interview you've just started yourself isn't too clever.

And so the art of conversation between yourself and your media colleagues becomes paramount. The ability to while away the thumb-twiddling hours with inane yet stimulating chit chat is a skill that not all can master - thankfully my peers out here are black belts in such things. I'm probably a green & yellow belt myself, but I'm hoping to pass my unofficial test for black belt by the time we come home!

Phil McNulty & Mike Ingham from the BBC provided one such stimulating natter over breakfast on out first morning in Miami. Both men love their music and were most intrigued to learn that I had once drummed for The Steve Gibbons band. This led on to discussions on the Idle Race, ELO, Trevor Burton & then onto the Dave Clark Five, Clapton, Gary Moore...all in the space of 10 minutes. I felt for Martin, the 4th guy sat at our table, whose frames of reference were most definitely away from Birmimgham's music culture and guitar heroes - his eyes had glazed over before I'd excitedly recalled seeing bands at Barberellas.

Modern broadcast technology already has me beaten. The Comrex unit I've been given to use as my broadcast kit is about as willing to work as her off Benefits Street. The thing looks like an oversized chip & pin unit (the Comrex, not her off the telly) and ostensibly is meant to provide studio quality voice audio through a 4G connection.

I would get a dodgy 4G dongle of course.

Engineer arrives tomorrow, so I'll just throw it all at him instead.

In other news, I've so far only received 4 tweets/posts/messages calling me a wanker/big head/tosser (delete as applicable) for daring be on this trip following my country's football team around or accusing me of overstating my importance by tweeting a simple picture of the view from my hotel room.

I'd expected more of that by this stage to be honest. Mum must be busy playing golf.

And Danny from DTK must be preoccupied with bacons or Mr Cat pooing in his hallway.

Anyway, off to a pool party!
(Not really)
(ok maybe I am, so shoot me)

Hi dants, just a quick one to say how much both gill and I are looking forward to updates to the blog and listening when we get the chance (work and rehearsal not withstanding), by the time you get back youll be a whizz with the tech and wint need an engineer to help. Enjoy this experience, it will be incredible.
Looking forward to hearing you and seeing you soon.

Keep up the good work Dants. KRO
P.S Do you wanna swap jobs ;-)